Sihanoukville is located at the top of an elevated peninsula in southwest of Myanmar. Named in honor of former king ‘Norodom Sihanouk’, this city has grown to become a leading national center of trade, commerce, transport, and process manufacturing. On the Gulf of Thailand, this city is flanked by an almost uninterrupted string of beaches along its entire coastline. While due to decades of war and upheaval, the town and its infrastructure remain very much disjointed and architecturally unimpressive, tourism remains insignificant in comparison with neighboring Thailand. 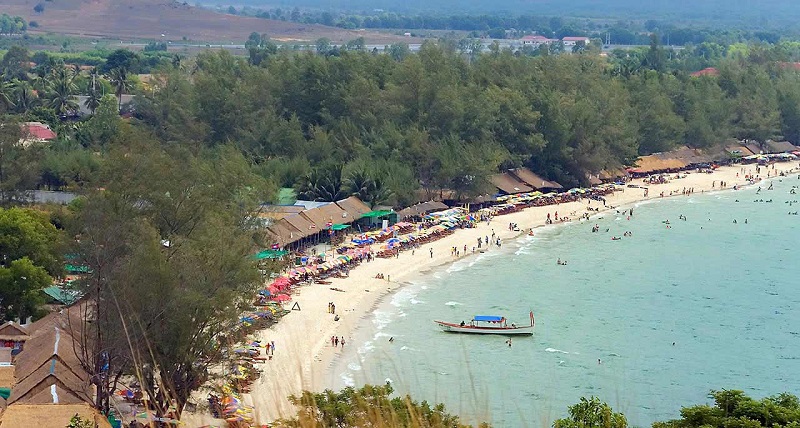 In order to develop the unique tourism resources, Sihanoukville government decided to launch the Golden & Silver Coast Resort project. Covering an area of 14.19 km2, most of these land were pristine small hills and marshes, with85% of vegetation coverage. KOLIDA LIDAR Team was invited to provide 1:500 topographic mapping for the project.

Why to Choose LiDAR?

Previously, Sihanoukville tourism resort development projects were based on traditional survey method, such as Total Station, GNSS RTK, etc. For pristine areas, there were often a series of problems such as roadway being impassable, RTK Network/ Radio losing signal, target being invisible to Total Station, etc. Even if these problems were settled, collecting this type of data still required surveyors to moved stations again and again to measure points one after another. Not only were these methods slow and exhausting, but they were also lack of information details, and exhausted surveyors a lot. 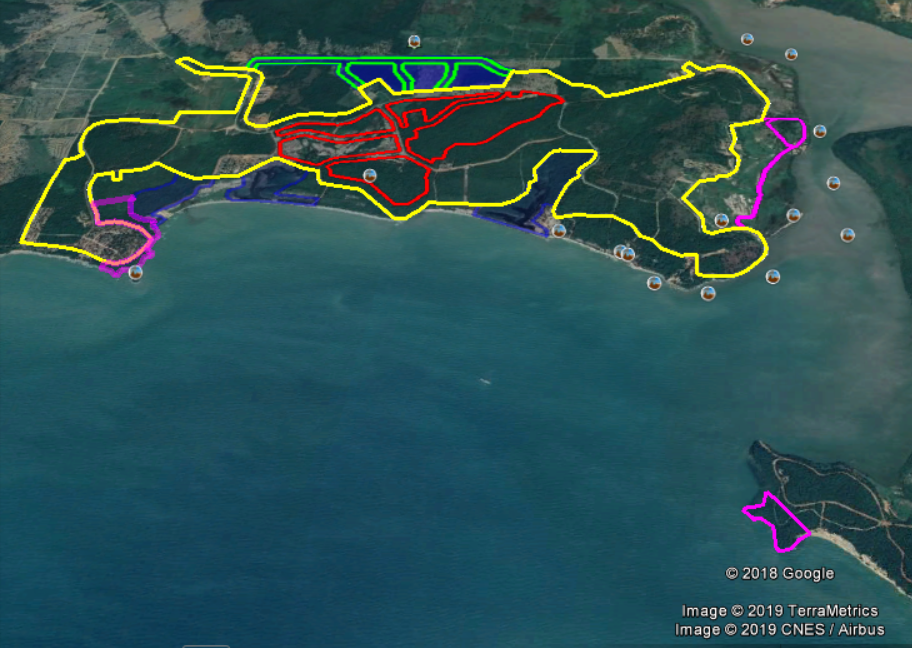 What LiDAR to use?

The equipment selected for this field work is the KOLIDA Z-Lab R250 UAV-Based LiDAR system. The system was based on a 100 kHz, 250m range RIEGL mini VUX-1 laser sensor that comprehensively collected all around 3D spatial data for geographical references at a rate of 100,000 scans per second. The NovAtel OEM-615 Positioning and Directional System (POS) was combined with the Novatel STIM-300 Inertial Measurement Unit (IMU) to provide track information for LiDAR sensor data.

The UAV for this system was the Hexacopter DJI Matrice 600 Pro, which could carry up to 6 kg equipments, with approximately 32 minutes regular flight time,16 minutes full-load flight time, and 5km single operating distance. 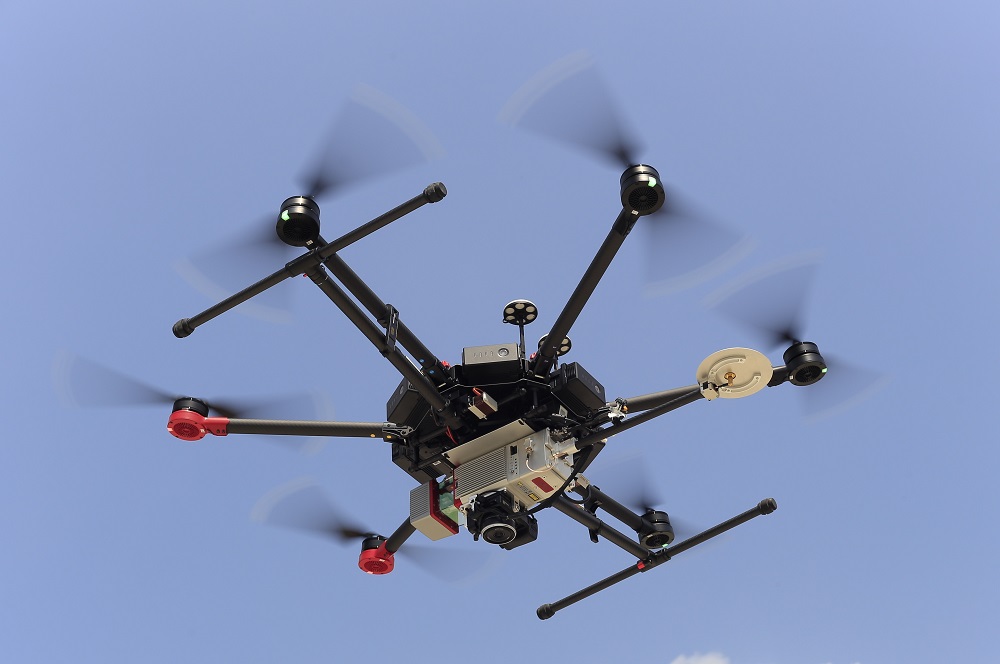 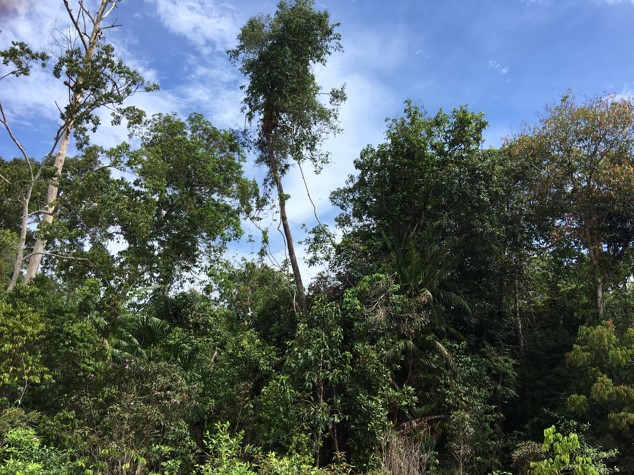 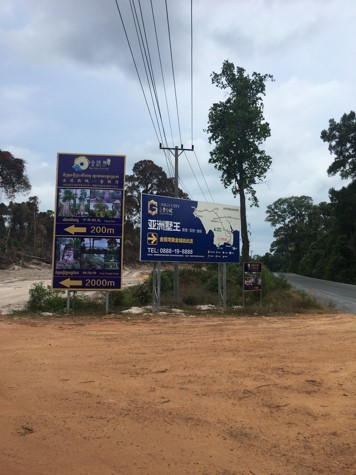 Mission area was with 40m tall trees and imperfect road

The 1:500 topographic mapping for Golden & Silver Coast Resort Project required DEM/DTM, contours lines, Vectorized map and DOM (for reference only). Precision requirement was 10 cm, and mission time given was 90 days.

After 2 days of investigation, surveyors realized this area was mainly pristine hills, with vegetation coverage 85%, elevation range around 25-75m, and quite bad roadways.

Elevation of mission area is from 25 to 75m

The location of one GNSS Base Station and 14 spots for UAV taking off and landing were confirmed during investigation, to cover the whole mission area. Flight speed was set to 8m/s, and flight elevation was set to be around 50-80m, in accordance with the various topography elevation (around 25-75m).

26 flights were performed in six days, collected about 20G point cloud data. With each flight 20 to 30 million points and a typical density of 50-80 points/m2, the LiDAR work efficiency far exceeded conventional measurement methods. 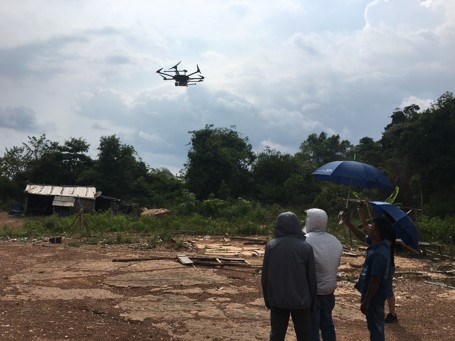 Then technicians used KOLIDA Z-lab Pt-process software to generate LAS files from post-processed trajectory and LiDAR data, and make accuracy comparison with check point data that was provided by client.

The accuracy report showed that the standard deviation between GNSS RTK and LiDAR measuring results is 0.056m, met the requirement of this project. 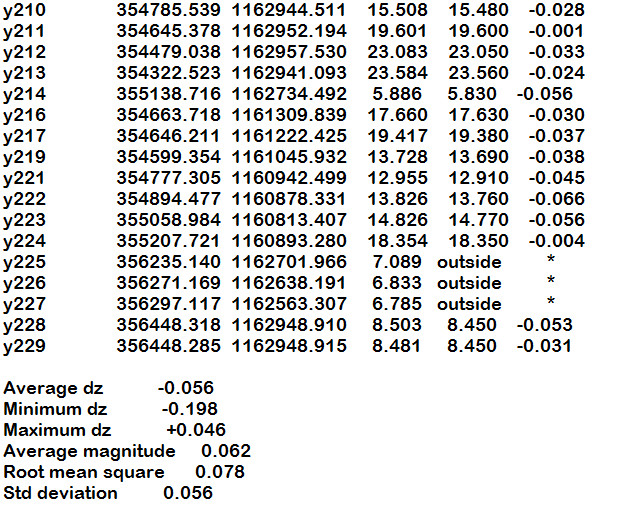 Standard Deviation between RTK and LiDAR Data was 5.6 cm

Point Cloud Classification: After pre-processing by Kolida Pt-process, we got point cloud data in .LAS format, then we use TerraPhoto to separate data into different blocks for easier data distribution. Use TerraScan to remove noise data and make classification, we got ground point data.

DEM Generation: Using TerraModeler to create DEM Model with roughly classified ground data. In case of unsatisfying outputs, manual work will be needed to make a precise point cloud classification. Then the high-precision DEM model will be generated. 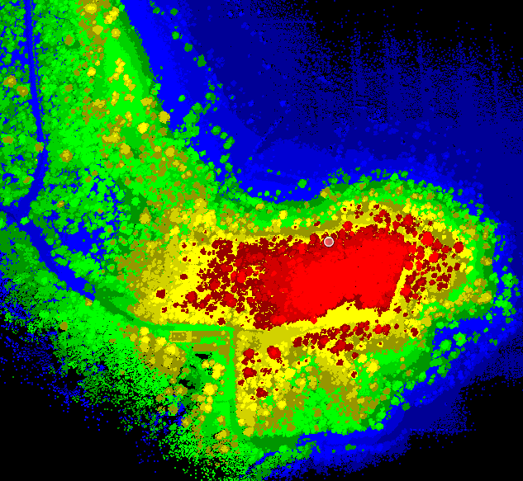 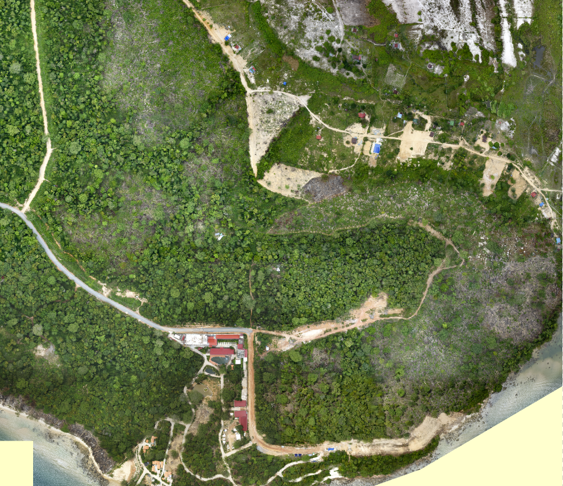 DOM Generation: DOM can be generated from the photos took by Sony a6000 (installed with SZT-R250), as well as POS data from Inertial Explorer software, by using aerial photogrammetry software such as Kolida SkyPhoto, or InPho, Smart 3D, etc.

Vector Map Generation: Import the precisely classified point cloud into mapping software SouthLidar for vector map drawings, then combine it with contour line, we got the final result of a 1:500 topographic vector map. 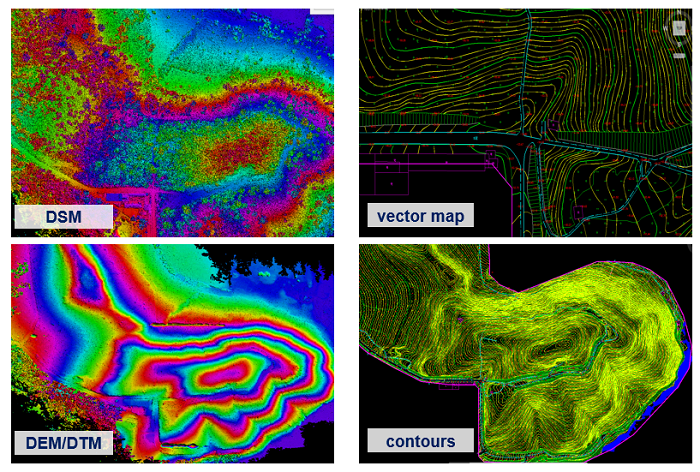 74 Days Ahead Of Schedule

The mission time for this measurement work was 90 days. Using KOLIDA Z-Lab R250 LiDAR system, the work only took 16 days: 2 days for site visit & mission planning, 6 days for outdoor work, 12 days for Indoor Data Processing. Some of the Indoor Data Processing such as DTM, Contour line Generation was made simultaneously with the outdoor Work, it saved 4 days.